Ghazaleh & Lawrence chose us for their Wedding on the 25th August 2017. Bridal Prep was to be held at the bride’s sisters’ home in South London, Ceremony at the magnificent Our Lady of Sorrows Church in Peckham, and finally the reception at the Radisson Blu Edwardian New Providence Wharf opposite the O2 Arena along the River Thames.

Our lead photographer, Martin, travelled to the sisters’ home on a bright sunny summer morning after a week of rain. When he arrived he started off capturing the bridal preparations until our videographer joined him, having travelling down from our head office in Nottingham.

After capturing details of the wedding dress and wedding jewellery and then some footage of the make-up, our wedding videographer – Sam – headed off to setup the camera equipment at the Church. Martin stayed with the bridal party to capture the rest of the preparations and to capture some images of the family members along the banks of a small creek outside.

From there Martin travelled with the bridal party to the church for the ceremony – an hour late due to heavy traffic and issues with the bride’s makeup. The team coordinated with each other to determine the best angles so we didn’t end up in each others frames but still ensuring we captured all the fine details of the ceremony.

Following the ceremony, Martin quickly captured the family portraits at the alter. The groom – Lawrence – surprised his new bride with a beautiful white Beauford vintage wedding car, and our photographer convinced the driver to let him ride along with the couple to the reception venue. He was able to capture some spectacular images as they weaved through the London evening traffic.

When he arrived at the Radisson Blu Edwardian: New Providence Wharf hotel, he captured beautiful intimate images of the couple against the vintage car while they waited for the videographer to arrive (the traffic was horrendous!).

Following the arrival of the videographer it was time for the formal couple photo shoot along the Thames River with the O2 Arena as the backdrop. It was an absolute pleasure to capture the beautiful newlyweds celebrating their love.

After this the team went to the reception hall and captured the guests in a documentary style, laughing and enjoying the celebrations,

The day was a huge success, despite the delays, with our clients over the moon with their stunning photos and videos. They loved their photos so much that a couple weeks later they contacted us to find out about our premium wedding photo albums. Please have a look at the small sample below and the larger wedding gallery of their special day.

And of course please look at their amazing wedding film. 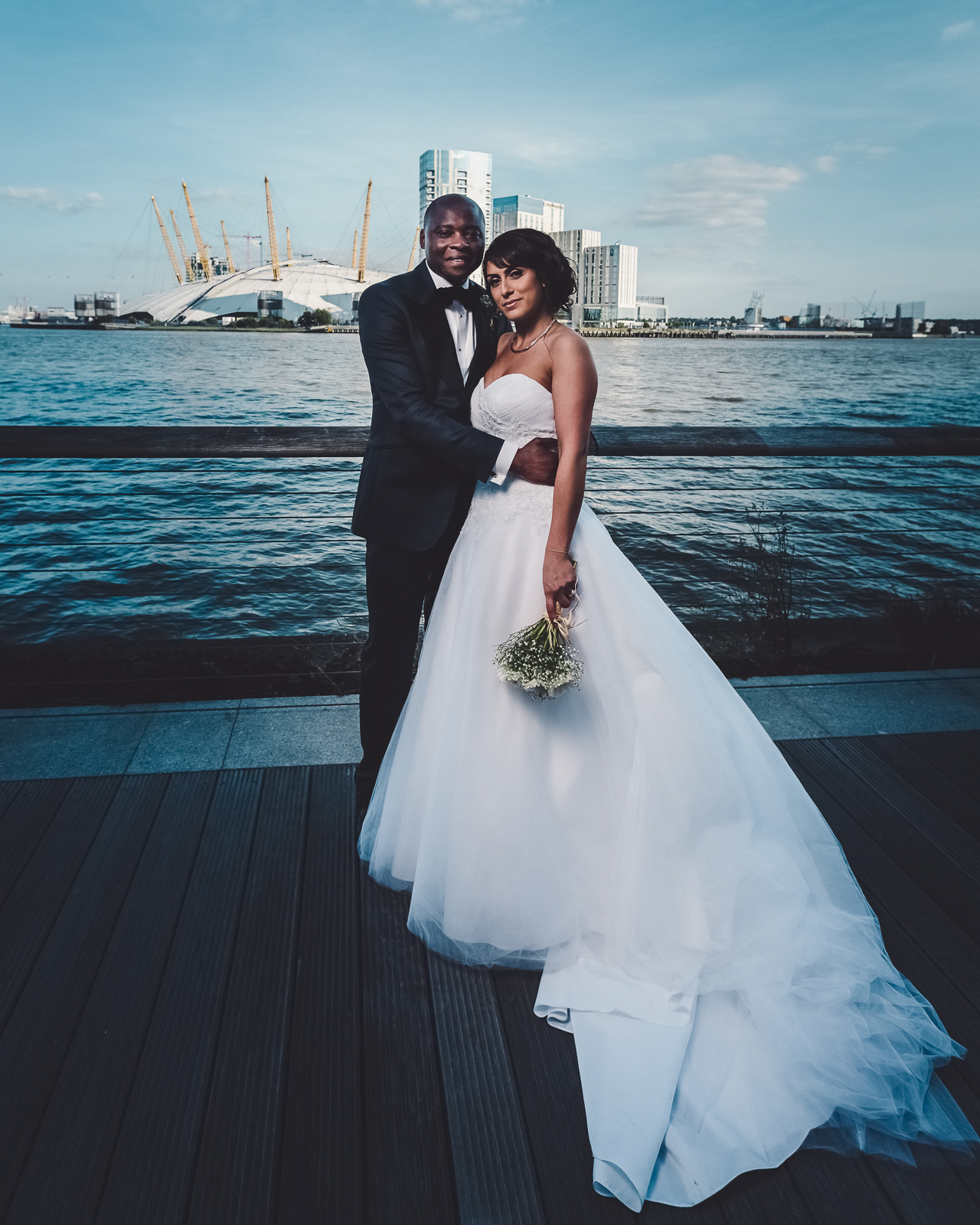 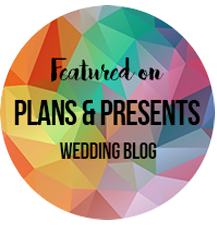 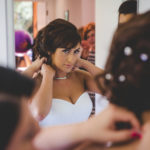 Absolutely loved Couture Wedding Films’s work; before, after and on our actual wedding day. The team was so calm, friendly, professional and ever so creative. We loved our photos and our video was fabulous!! The quality of the teams work was excellent and they were so accommodating i.e. me running late by 45min and things not panning out as expected at times 🙂 Martin, Atilla and Sam it was an honour to have you guys with us on our special day capturing moments that we would have easily missed or forgotten. You guys did an amazing job and cannot recommend you enough!